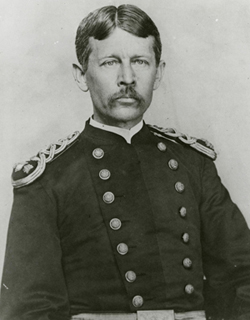 Walter Reed spent his first days in a small house which served as the parsonage for a Methodist congregation in Gloucester County, Virginia, where his father was minister. Lemuel Sutton Reed and Pharaba White Reed welcomed young Walter into the family on September 13, 1851; he was the youngest of their five children. The Reeds moved to other Virginia parishes during Walter’s childhood, and just after the close of the Civil War, transferred to the town of Charlottesville. That move in 1866 placed Walter in the orbit of the University of Virginia, which he entered a year later at age sixteen under the care of his older brother Christopher, also a student at the University. Reed attended two year-long sessions, the second devoted entirely to the medical curriculum, and he completed an M.D. degree on July 1, 1869, one of the youngest graduates in the history of the medical school.

At that time the School of Medicine at the University offered little opportunity for direct clinical experience, so Reed subsequently enrolled at the Bellevue Hospital Medical College, in Manhattan, New York. There he obtained a second M.D. degree in 1870. Reed interned at a number of hospitals in the New York metropolitan area, including the Infants’ Hospital on Randall’s Island and the Brooklyn City Hospital. In 1873, he assumed the position of assistant sanitary officer for the Brooklyn Board of Health. The large and diverse population of New York, with its many immigrant communities and dense, tenement housing, provided countless medical cases to treat and study; these served to expose Reed to the vital importance of public health, and developed in him a lifelong interest in the field. Yet the frenetic life of the great cities began to pall after a few years: “Here the ever bustling day is crowded into the busy night; nor can we draw the line of separation between the two,” [1] he wrote to Emilie Lawrence, of Murfreesboro, North Carolina, later to become Mrs. Walter Reed. Their courtship letters reveal much of his maturing character, interests, and philosophy of life. 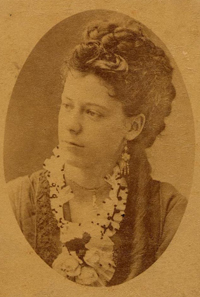 Increasing responsibilities with the Board of Health precluded opening a private practice, and Reed’s youth proved a barrier in a culture given to offering respect more to the appearance of maturity than to its actual demonstration. Reed consequently resolved to join the Army Medical Corps, both for the professional opportunities it offered immediately and for the modest financial security it could provide to a young man without independent means. He passed the qualifying examinations in January 1875 and proceeded to his first assignment at the military base on Willet’s Point, New York Harbor.

Reed remained in the Medical Corps for the rest of his life, spending many years of the ’70s, ’80s, and early ’90s at difficult postings in the American West. The first of these — to the Arizona Territory — began in the late spring of 1876, and indeed hurried along his wedding to Emilie Lawrence, on April 25, shortly before his departure. She joined him the following November, and bore two children at frontier posts, a son Walter Lawrence and a daughter Emilie, called Blossom. Reed’s other western assignments included forts in Nebraska, Dakota Territory, and Minnesota, with two eastern interludes at Baltimore, Maryland and another at Mount Vernon Barracks, Alabama.

During the second of these tours in Baltimore — over the 1890-1891 academic year — Reed completed advanced coursework in pathology and bacteriology in the Johns Hopkins University Hospital Pathology Laboratory. When he returned from his last western appointment in 1893, Reed joined the faculty of the Army Medical School in Washington, D.C., where he held the professorship of Bacteriology and Clinical Microscopy. He also became curator of the Army Medical Museum and joined the faculty of the Columbian University in Washington (later the George Washington University). In addition, Reed maintained close ties with professor William Welch and other leading lights in the scientific community he had come to know at Hopkins a few years earlier.

Beyond his teaching responsibilities for the Army and the Columbian University programs, Reed actively pursued medical research projects. A bibliography of his publications finds entries from 1892 to the year of his untimely death a decade later, and the subjects he investigated range from erysipelas to cholera, typhoid, malaria, and yellow fever, among others.[2] 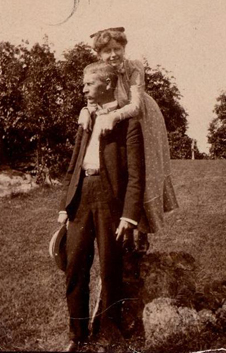 In 1896, a research trip to investigate an outbreak of smallpox took him to Key West, and there he developed a close friendship with Jefferson Randolph Kean, a fellow Virginian and colleague in the Medical Corps ten years his junior. When Reed traveled to Cuba in 1899 to study typhoid in the army encampments of the U.S. forces, Kean was already there, and Kean was still in Cuba when Reed returned as the head of the Army board charged by Surgeon General George Miller Sternberg to examine tropical diseases including yellow fever. Kean and his first wife Louise were great supporters of the U.S. Army Yellow Fever Commission’s work, and Kean in fact served as quartermaster for the famous series of experiments at Camp Lazear. After the dramatic and conclusive success of those experiments, Kean actively — though unsuccessfully — promoted Reed’s candidacy for Surgeon General.

Reed continued to speak and publish on yellow fever after his return from Cuba in 1901, receiving honorary degrees from Harvard and the University of Michigan in recognition of his seminal work. In November 1902, Reed developed what had been for him recurring gastro-intestinal trouble. This time, however, his appendix ruptured, and surgery came too late to save him from the peritonitis which developed. He died on November 23, 1902, almost two years to the day from the opening of Camp Lazear and the stunning experimental victory there.

Kean remained a champion of his deceased friend’s role in the conquest of yellow fever. He organized the Walter Reed Memorial Association, to provide support for Reed’s family and to build a suitable memorial, and was instrumental in lobbying the United States Congress to establish the Yellow Fever Roll of Honor. In 1929, Congress mandated the annual publication of the Roll in the Army Register, and struck a series Congressional Gold Medals saluting the Commission members and the young Americans who bravely suffered experimental yellow fever a generation before.