Henry Rose Carter spent the last years of his long public health career on the manuscript for Yellow Fever: An Epidemiological and Historical Study of its Place of Origin.  After his death in 1925, Carter’s daughter Laura edited the manuscript, and with the assistance of Rockefeller Foundation scientist Frederick F. Russell and Johns Hopkins University physician and professor Wade Hampton Frost, published the book in 1931.

Noted entomologist Leland Ossian Howard identified the different species of mosquitoes collected by the United States Army Yellow Fever Commission in Cuba.  An early champion of the Commission’s results, Howard wrote Mosquitoes: How They Live; How They Carry Disease; How They Are Classified; How They May Be Destroyed in 1901.  Howard’s work summarized important recent scientific discoveries and outlined for public health professionals the practical steps necessary to control mosquito-borne disease.

Johns Hopkins University professor and physician Howard A. Kelly wrote the first biography of Reed, Walter Reed and Yellow Fever, published in 1906, with two subsequent revisions in 1908 and 1923. A first edition copy with annotations and corrections by Philip S. Hench is available at the Claude Moore Health Sciences Library at the University of Virginia.

Assembled as part of the public effort to commemorate the work of the United States Army Yellow Fever Commission and to secure adequate government pensions for the widows of commission members as well as special recognition for the experiment volunteers, Senate Document No. 822 was published in 1911.  The document compiles all the scientific papers of the Commission in addition to reports, remarks, and other materials relative to the Commission’s yellow fever work.

Author Laura Wood (Mrs. Crosby Roper) wrote Walter Reed, Doctor in Uniform, a biography for young adults, in 1941. She gave a copy of her completed manuscript to Philip S. Hench, which is the version presented here. 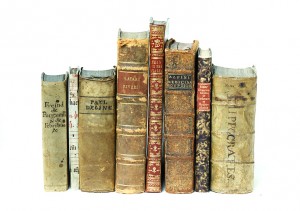