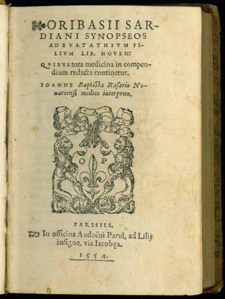 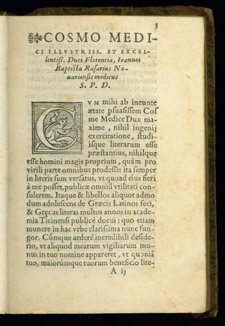 Like Galen, Oribasius was born in Pergamon. He studied in the medical school at Alexandria before he became physician to the Emperor Julian, who was the nephew of Constantine. Oribasius was among the most important medical writers of the Byzantine period. In his 70-volume medical encyclopedia, he preserved the writings of many early physicians, whom he translated and excerpted with great care. This volume was written for his son, Eustachius, and demonstrates his clinical knowledge in the areas of childhood diseases, diet in pregnancy, and the choice of nurses for infants.