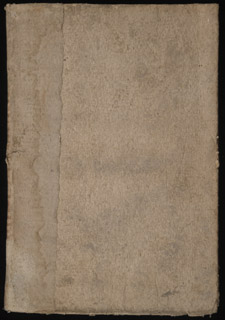 Fabricius ab Aquapendente, L’opere cirugiche…. Front cover. This book is bound in a heavy paper, in what was perhaps intended as a temporary measure. 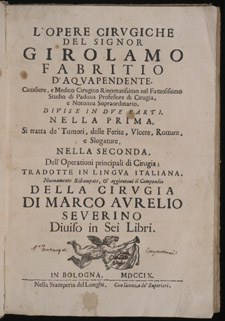 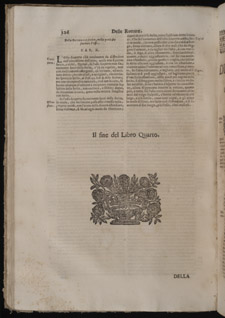 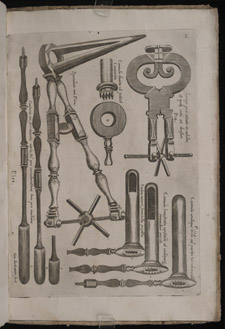 Fabricius ab Aquapendente, L’opere cirugiche…. Found at the end of the volume, this illustration appears to have been added to the book after it was printed.

Hieronymus Fabricius ab Aquapendente was the Latin name for Girolamo Fabritio, an anatomist and surgeon who taught for many years in Padua. He had been the pupil of Gabriele Falloppio, who, in turn, had been the pupil of Vesalius. And Fabricius was tutor to William Harvey, who elaborated on the work of his teacher in at least two important instances. Arguably, the greatest contribution of Fabricius was the discovery of what he called “valves” in the veins of the arms and legs. This concept enabled Harvey to postulate the circulation of the blood.

Fabricius published his De venarum ostiolis in 1603 as an unbound folio pamphlet accompanied by eight engraved plates, which has been described as one of the most beautiful works in the history of anatomy. One plate, showing the valves in the veins of an arm, was adapted by William Harvey for his work on blood circulation. The writings of Fabricius contain important treatises on the structure of the eye and in the field of embryology. Harvey also used Fabricius’s work on the formation of the chick as the basis for his own book on embryology.