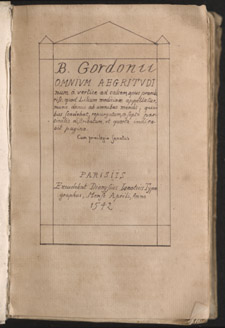 Bernard de Gordon, Omnium aegritudinum a vertice ad calcem, opus praeclariss. Note that the title page has been drawn in by hand. This was likely done not long after the book was published. It is interesting that early printers tried to imitate manuscripts. In this case, someone was trying to imitate printing! 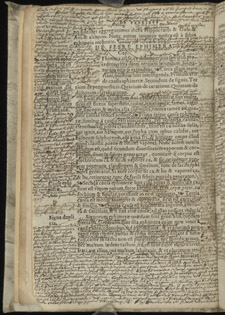 Bernard de Gordon, Omnium aegritudinum a vertice ad calcem, opus praeclariss. Years ago it was standard practice for students to make copious notes in books. Here every bit of the page has been covered with small manuscript annotations in Latin. 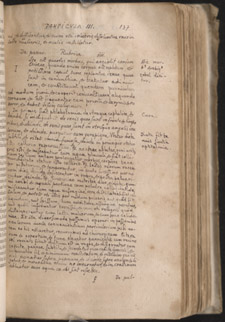 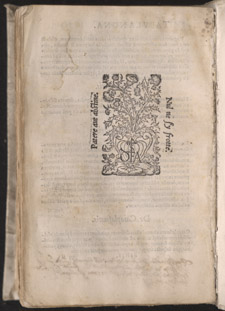 Bernard de Gordon. Omnium aegritudinum a vertice ad calcem, opus praeclariss. A printer’s device at the end of the book.

Bernard was most likely a scion of a noble family with roots in Gourdon, a town in the former French province of Quercy (département of the Lot). He studied and taught at the University of Montpellier from the 1250s to at least 1308. He completed his best known work, Lilium medicinae (“Lily of Medicine”), in 1305. An encyclopedia of diseases with their symptoms, causes, effects, and treatments, the Lilium gained wide circulation in scores of handwritten copies (manuscripts), in translations from Latin into French, Hebrew, Irish, and Spanish and, from 1480 on, in a dozen printed editions. It was cited for three centuries, as an authoritative text on ailments ranging from headache to gout, from epilepsy to leprosy, and from insanity to impotence. The wide influence of Bernard de Gordon was due to his comprehensive coverage of the theoretical and practical knowledge then available, familiarity with the classical and Judeo-Arabic medical traditions, logical organization and argument, and obvious concern with the patient’s health.

Our copy contains not only Bernard de Gordon’s Lilium medicinae but five other treatises by him, including one on prognostication that illustrates the importance of astrology and, more importantly, the concern of earlier physicians to predict the course of an illness. It is an especially interesting copy because of several unusual physical properties.