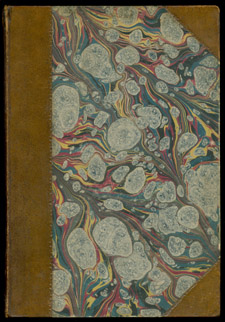 Aulus Cornelius Celsus, [De medicina libri viii]. Front cover. This incunabulum (originally meaning cradle, but now the accepted term for a book printed before 1501) is the oldest volume in our collection. Although this copy contains no illuminated or hand-painted images, it exemplifies the transition from manuscripts to printed texts. The printers left spaces to add hand-painted, illustrated initials, and they made margins wide enough to permit hand illumination there as well. 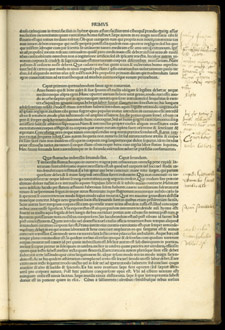 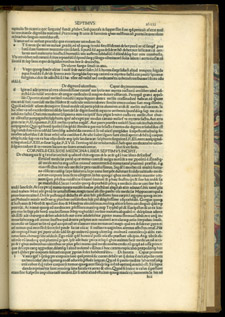 De medicina is one of the oldest documents in Western medicine after the Hippocratic writings. Aulus Cornelius Celsus may have been only a writer and an editor, and not a practicing physician, but in his time the difference between what a learned person and a doctor knew about medicine might not have been great. Whatever his background, Celsus left the best account we have of Roman medicine and surgery. Much of his work appears to be a compilation from the Greeks, including Hippocrates.

The books of De medicina formed part of a larger work called Artes, which contained sections (now lost) on military science, agriculture, philosophy, rhetoric, and jurisprudence. After a preface De medicina gives a thorough account of medicine and surgery in eight books: two books on diet; followed by two on diseases treated by diet; then two books on diseases treated with medicines; and, finally, two books on the uses of surgery. Celsus recognized the importance of basing the study of medicine on anatomy. He stressed that diagnosis should precede treatment, and he recommended the use of drugs more than the Greeks did. However, Celsus also considered hygiene and exercise important to maintaining good health. All this is carefully brought together in an elegant prose style that has won praise from Latinists for centuries.